It’s that time of the year again. The half way mark, where I give you all a run down of how the year was up to now. A lot has happened this year, but everything pales in comparison to what Mark and I are going through as I type.

We are in Sydney, more specifically Parramatta, where Mark is at Westmead Hospital recovering from an unsuccessful kidney pancreas transplant. The story behind that is long, and I’ll go in more depth about it near the end of this post. But, for now suffice to say that it’s a roller coaster of emotions that we are both confronting, and without the support we’ve received from family, friends, and new acquaintances here in Parramatta, and our faith in God, it would be a whole sight harder.

First, though, I want to list the moments that have happened this year that have shaped our year so far.

On the 14 of June, in the wee hours of the morning we got the call for Mark and I to head to Sydney for his transplant. They booked us on the earliest flight out of Perth and we arrived in Sydney at around lunch time. Then straight to the hospital where they started prepping him for the transplant. There was a lot of to and fro ing, and decisions to make about whether it was going to happen. They went through with it in the end, though it would be complicated. I didn’t realise how complicated until the next day…where he ended up having to have two more surgeries due to complications with the pancreas. I was a mess when I got told this…but, I had so many people to call, and a lifeline in the guise of family friends here in Sydney, who took me to the footy as a welcomed distraction (Swans beat the Eagles…). Even the surgeon said I should go to the footy.

From then the journey we travelled was a bumpy one. Mark was brought into the intensive care unit (ICU) where he remains up to date of this writing (28 June). He’s had three more surgeries since then as well. The second of those was the most devastating. The ICU and the transplant team tried everything to keep the new organs viable…but it was not to be. The pancreas started to reject and due to the number of surgeries (from what I understand) the kidney was being affected as well. So, the team made the tough decision to remove the new organs. It was Mark’s life on the line though, so it wasn’t much of a choice. I’m just glad to have my husband.

It’s still a long road ahead, but he is on the right track so far. They are hoping to have him out of ICU next week, and I am hoping and praying for that as well.

Alright, after that less than joyful note, let’s talk about something else that is always a big part of my year to date. Music. Gosh, where to start? Perhaps…with this. 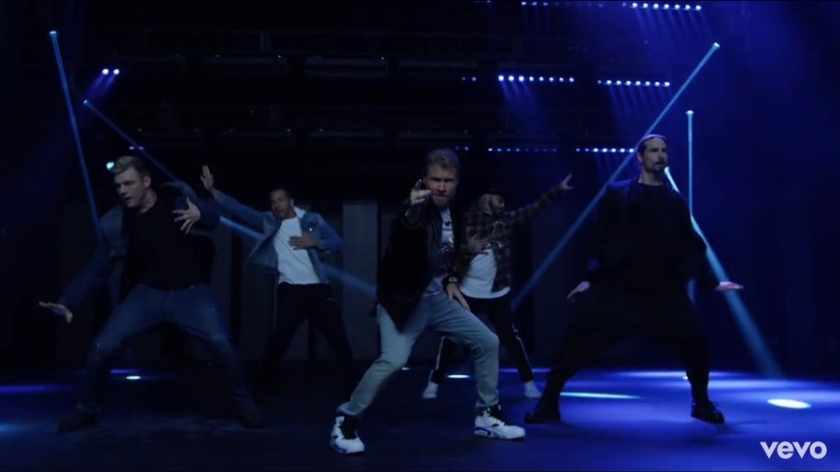 New music from my all time favourite boy band! This bodes well for the rest of the year. Especially as they plan on dropping a new single in the American Autumn…and then the album later in the year.

Also, Good Charlotte released a new single, Actual Pain, and their new album is slated for release in September.

For King and Country is also releasing new music.

Graham Kendrick released a new Live Worship album, Keep the Banner Flying High. But, back to the Backstreet Boys. The release of their new single prompted me to go back and listen to their entire back catalogue, and I discovered a new favourite song. I love how music can do that for me.

Still, the one thing I am hopeful for, music wise, is new music from my all time favourite band, ever. Simple Plan. But, that’s more likely to happen in 2019, knowing how their process is. Though Chuck has said they might try writing while on Warped Tour. But, I won’t hold my breath.

Bring on the second half!